‘Before I tell you my story, I want to take you with me on one particular part of my travels.

What’s the hottest temperature you’ve ever been in? 90 degrees, 100? Can you remember how hot that felt? The feeling of being baked. The sweat dripping into your eyes. Clothes sticking to your skin. Can you feel it?

Now imagine yourself in over 120 degrees. You’re in the desert in Kazakhstan. There is not a building in sight. Nothing but endless sand and low bushes and a road that is blurred in the shimmering heat. And you’re on a bicycle.’

That’s how I started my speech, six days ago, in a 5-star hotel in Bellevue.
Bellevue is the upper-class neighboring city of Seattle. There were 300 people sitting around tables turned into my direction with anticipation. From the stage I looked into bright white lights, familiar to me from the theaterstages on which I spend so much time over the years. My black pumps were killing my toes and on the screens left and right of the stage a life-size picture of me in Alaska was projected.

WARNING FOR BIKE-FANATICS: there’s hardly any cycling in this blog!

Travel back in time with me, so I can explain you how I got here.

It was on October 7th when I was forced to stay in a campground in Jasper, Canada. To safe some money I asked three young men to share a campspot. That’s how I got to camp with Trevor, Tim and Scott that night. After exchanging travel stories and a nice dinner and breakfast together we parted ways the next morning.

A few weeks later Trevor send me a message.
He had shared my story with his colleagues and boss and they might be interested to hear me speak about my travels at their work, at Umpqua Bank. In November I visited Trevor and Umpqua in Spokane and suddenly it turned out not to just be about speaking at one branche but to do a speech at their annually ‘Celebration of Excellence’. An event where all presidents of the bank a present and people are awarded for their special efforts.
In March!
‘Damn’, I thought, that’s not gonna happen, I’ll be way down in Mexico by then.
But it turned out Umpqua didn’t care about that and as the months went by I started to realize what an incredible opportunity this was for me. It was no problem to fly me ‘up-and-down’ from Mexico. I also didn’t have to wear my bikeshorts on stage thanks to a ‘clothingstipend’ and in ‘Bellevue’ they would put me up in the 5 star hotel where the event would take place.

In Joshua Tree I started writing a speech in which I told about my life on the bike and touched some parallels with the work at the bank, like: not letting fear guide you, taking responsibility, dealing with unexpected circumstances, stamina and following your heart.

OnMarch 8 the day was there to fly to the USA. An early morning flight with layovers in Mexico City and Los Angeles and arrival in the evening in wet Seattle.
The first few days I spend with friends in Tacoma, Dave and Jenny, with whom I spend Thanksgiving in November and from whose house Shaun and I took off together. The live in a wonderful place, 240 steps down a cliff to get to their house on poles above the water. The ideal place to land and prepare for my speech. 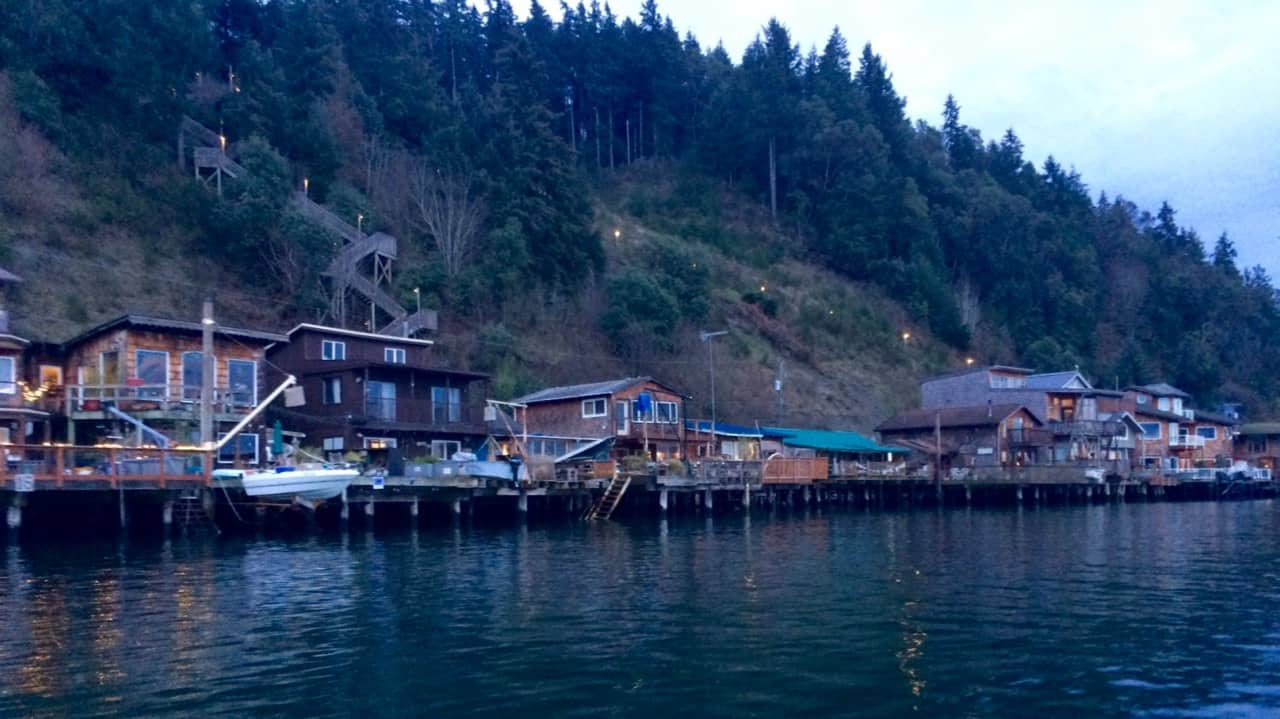 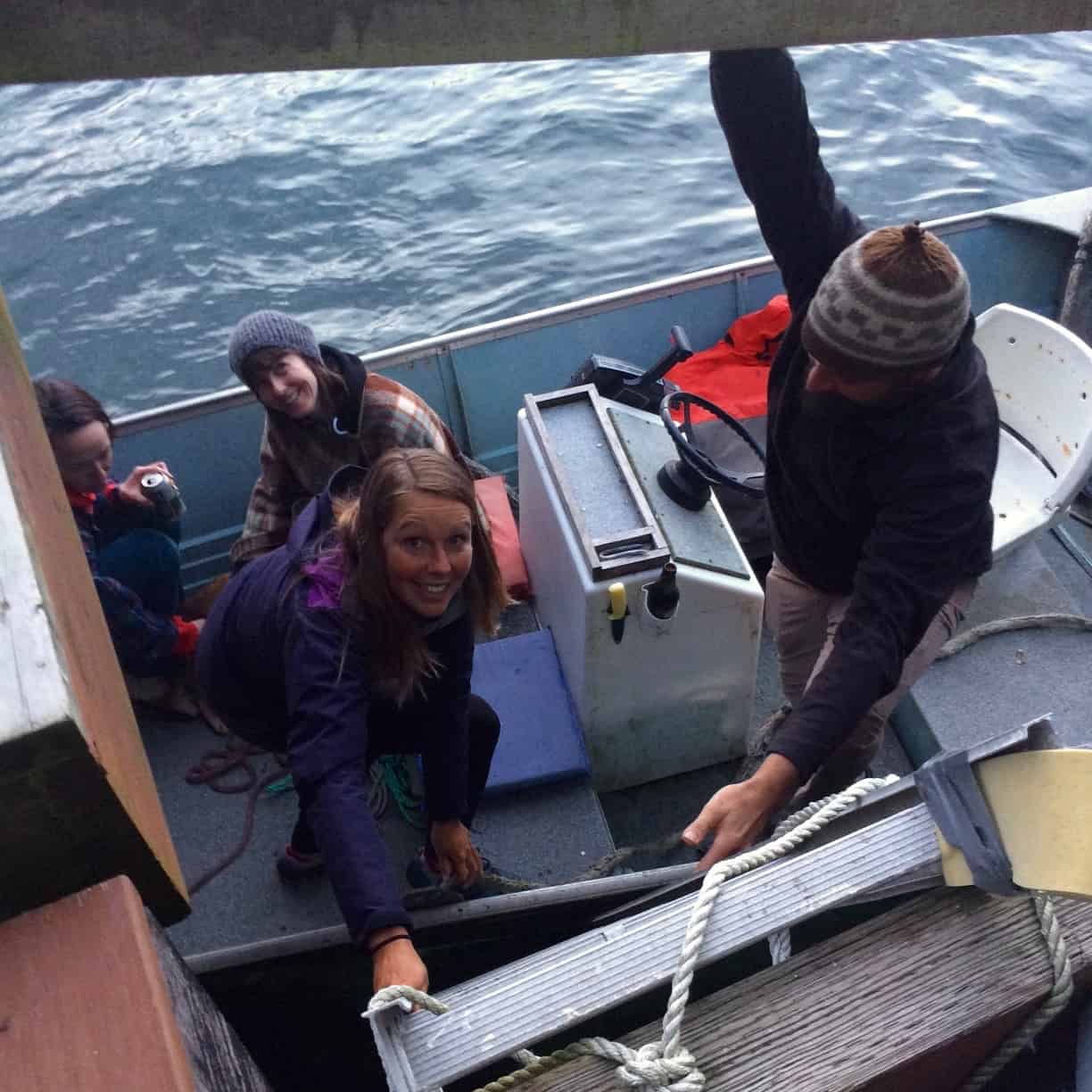 In the free time between mine and their work we spend some time together, shopped for a ‘business-casual’ and a ‘cocktail-formal’ outfit and even held a try-out speech for friends and neighbors in their living room. In front of 15 people I stumbled and stuttered through my story. Luckily I know myself well enough to trust that it would probably be fluent in three more days. After a tourist visit to Seattle with Dave, in which we visited the Spaceneedle I moved in to the Hyatt Recency in Bellevue.

A KINGSIZE bed just for me, a shiny bathroom! How long had it been since I had a REAL room with everything and more JUST for myself? Probably in Jasper, where I spend a few days in Bruce his apartment after I left the hospital, 5 months ago. This time the circumstances were a bit more pleasant. What a treat!

The evening before the event we did a soundcheck and the technicians loaded my picture slides. The next afternoon the moment was there. Printed on the placemats was my route through the USA and next to everyone’s plate was one of my postcards. After a lovely and flattering introduction by Trevor, who set all this in motion in the first place, I got on stage.

It turned out that I had been right to trust myself, the speech went fluently. The audience gave me an instant standing ovation and afterwards and around dinner that evening many people approached me with questions and compliments. 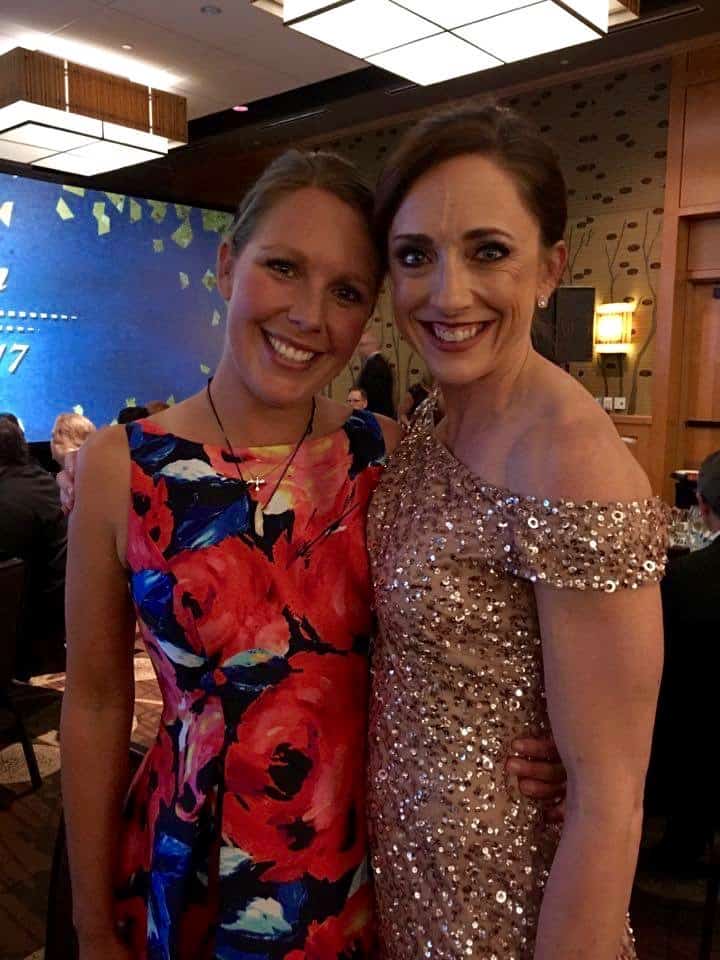 The next afternoon I travelled back to the airport via Seattle for a red-eye flight back to La Paz, where Shaun, who’d arrived in La Paz now too, picked me up from the airport by bicycle. 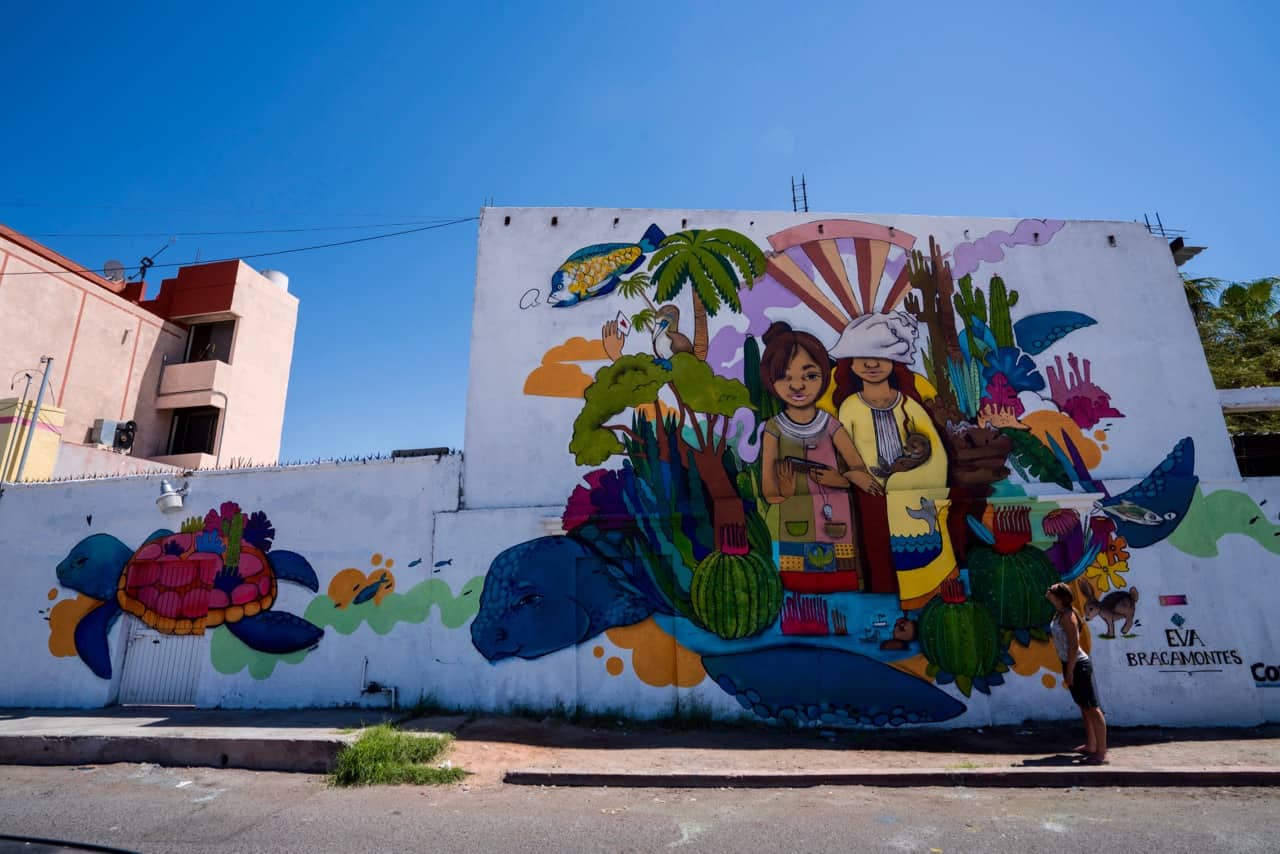 Together we took the overnight ferry to Mazatlan, a city on the Mexican mainland. I was still very tired of the red-eye all night flight.
In the morning we arrived in Mazatlan. 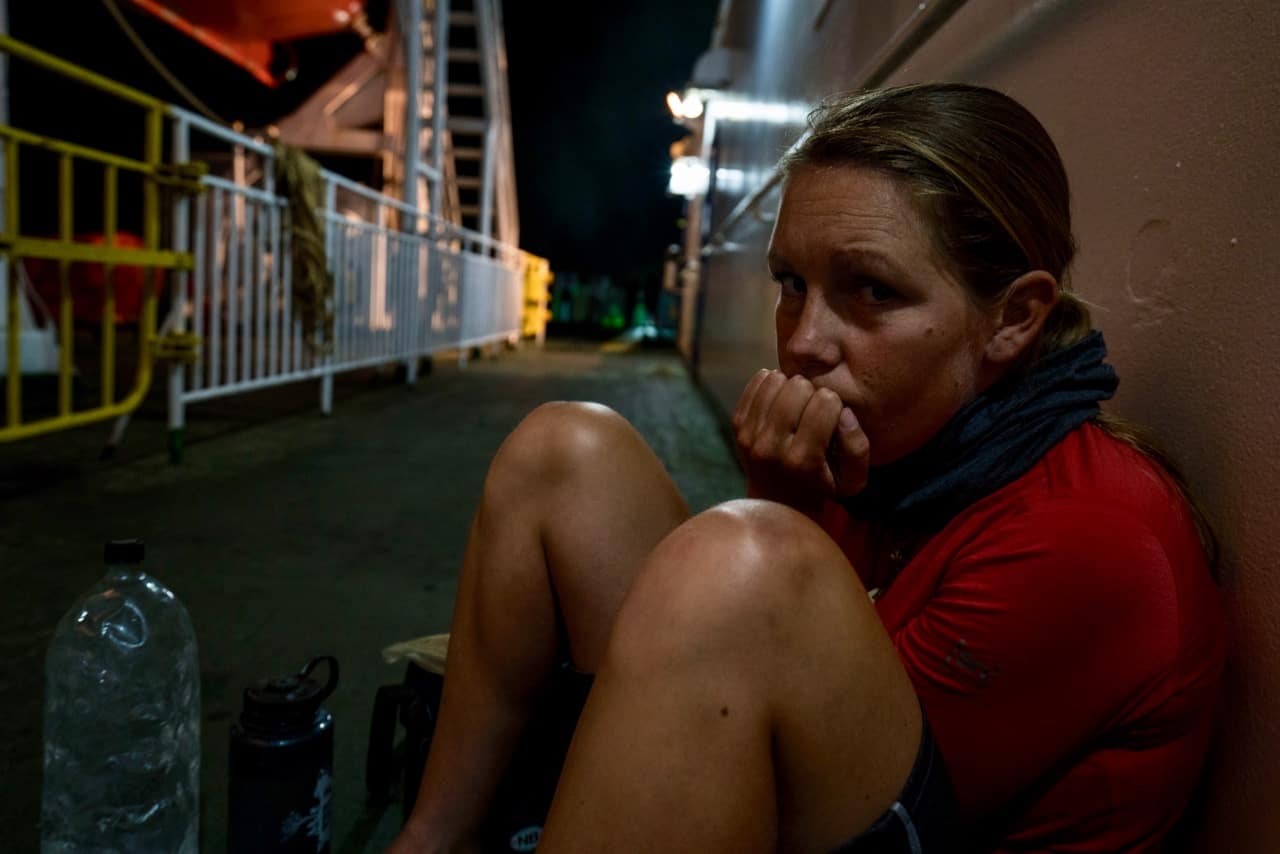 One night I sleep under the 1000-star-sky between the cacti, another night I sleep in a 5-star-hotel and another night again I sleep in a hostel where only a shower curtain separates the toilet from the room and the sink comes down from the wall and clanks in pieces on the floor. One is not per definition better than the other. One is more comfortable than the other though..

The feeling of how special and different from most my daily life is fades more every month. Talking to others it sometimes becomes clear to me again.
While it’s not even that long ago for me that it was hard to imagine that I would spend night after night under the star-filled sky on a mat, far away from people, with turtles, donkeys and cacti, with a campfire to stay warm in the night. My mother recently called me ‘Bonanza-girl‘.
I could not have imagined how comfortable I would be in those places.
How wonderful it is to feel as if the world is mine, and nobody’s, and everybody’s. And much more than that, how I belong to the world. How I’m made out of nothing else then the prickly cactus, the sand underneath my mat and the stars above me; nothing but energy… and a soul. Well, that’s what I believe.. it almost has to be. What else is it that makes me pedal around the world?

In the night surrounded by cacti in the ‘middle of nowhere’ I can feel farther away than ever, far from everything I know. And on the other hand, when I see the sun set, I know that it slowly rises in the Netherlands to warm my friends and family back home, till there the night falls and the sun comes to wake me.

I’m not sure if the bankers managed to imagine themselves in 120 degrees on a bicycle in the desert.
I tried to imagine myself getting in a car every day and go to work at the bank. Probably just as hard..

I told them how I struggled with the overwhelming heat in Kazakhstan, how I hitched a ride and then continued cycling and how I fell in love with the desert. Two days after that struggle I saw my first camels, right next to the road.

This is how I finished my speechL

Every heart beats a different rhythm.
Listen closely, follow it and take on the challenges.
Ride into that desert.
Don’t give up to easily, but also don’t harm yourself blinded by some goal.
Keep pedaling.
And I can guarantee you that if you do so, at some point along the way, you too will find camels. 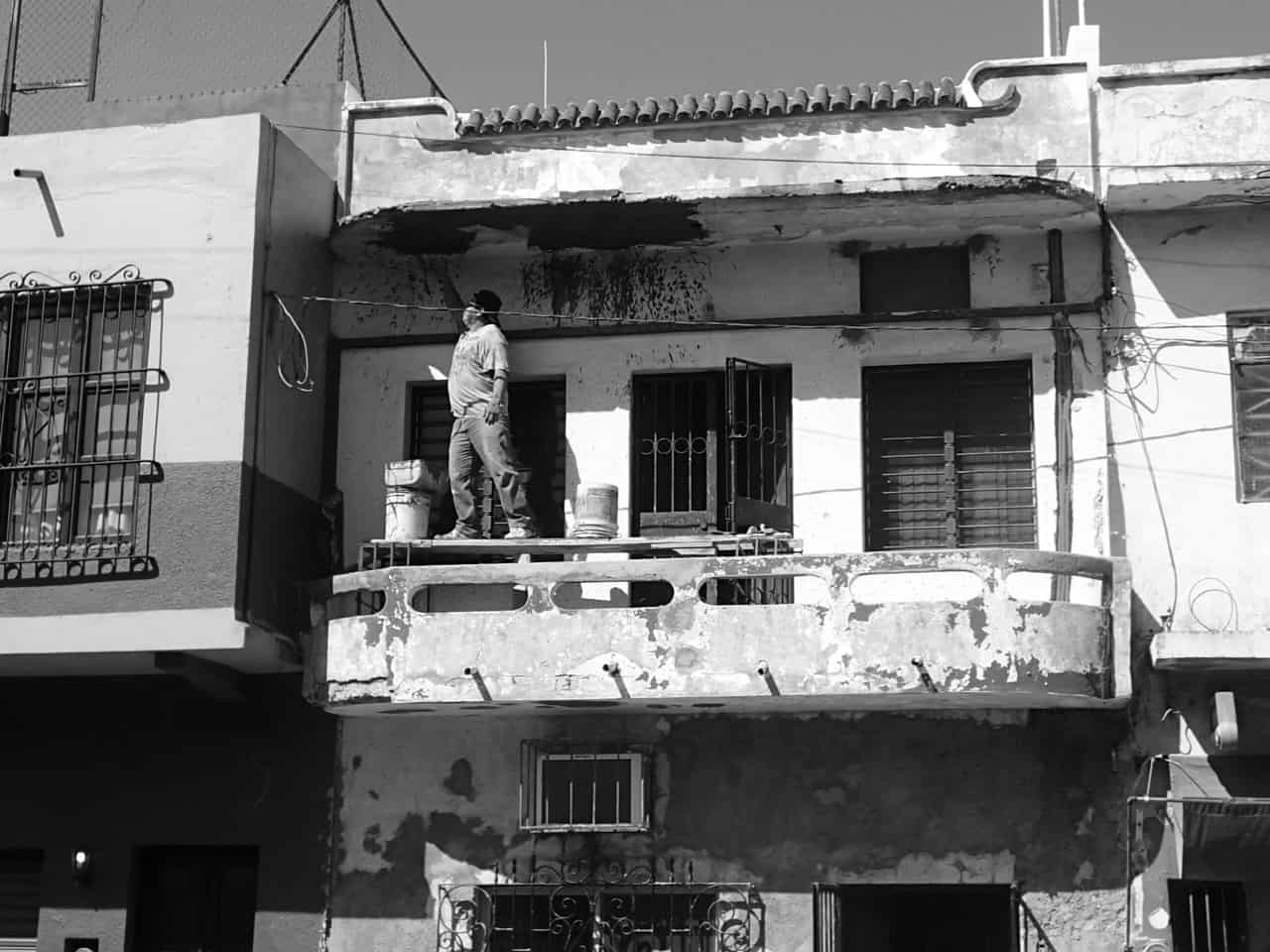 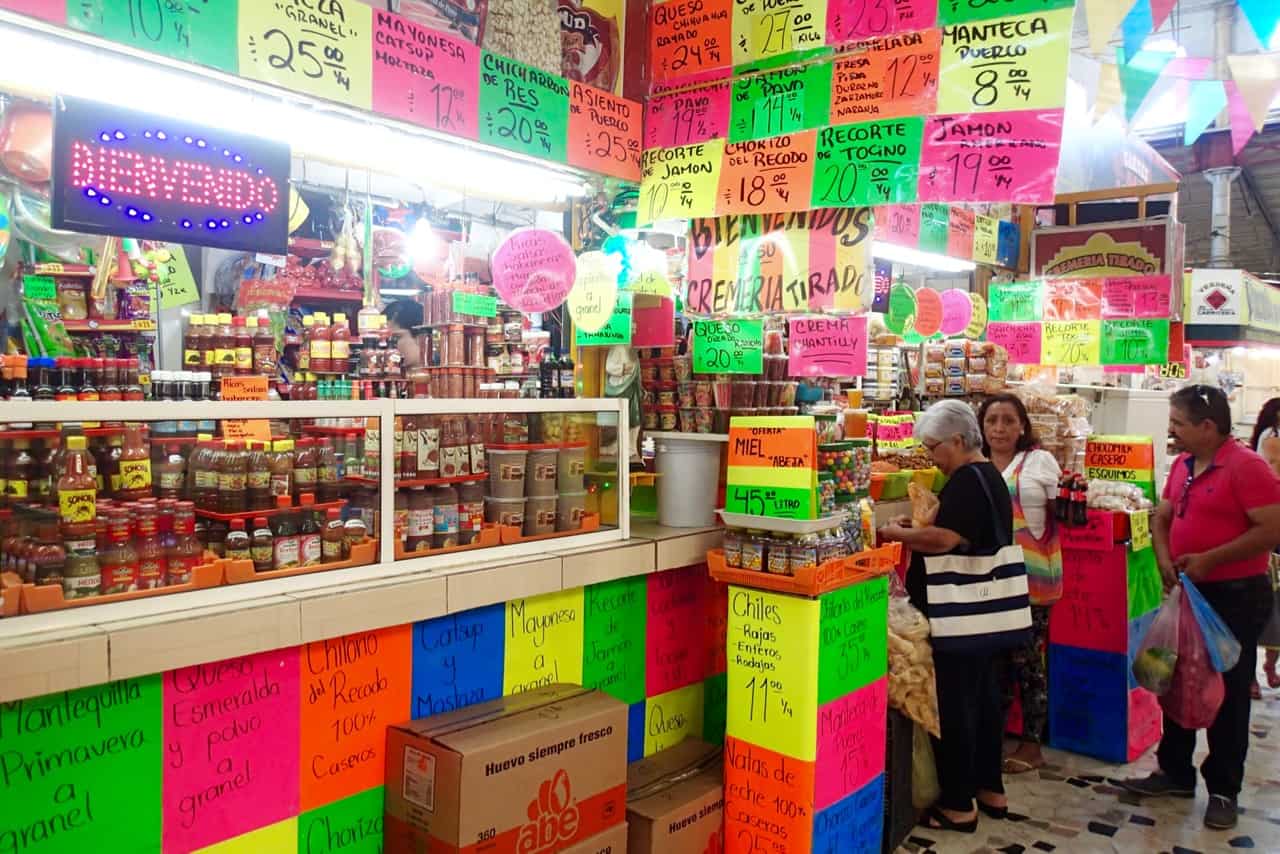 After two days in the old center of Mazatlan and reorganizing my baggage and thoughts (cause it’s quite a transit from speeching to cycling) I’m getting on my bike again today, south.
I’m looking forward to explore the mainland of Mexico, the more inland the more authentic, is what I’ve been told. Pondering over the map and with some tips of Mexicans and other travelers a first idea of a route starts to come together. Exacty what I need to get excited; a vague plan!

And for those who missed it; in my next blog there’ll be lots of CYCLING! again.